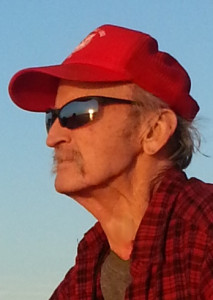 George Everett Swanson, of Bronson, FL, died today, Sept. 1, 2013, at Haven Hospice. He was born May 9th, 1936 in Gardner, MA. He was the son of the former Philip Swanson and Lydia (Mattson) Swanson of Templeton, MA. He is predeceased by his brothers Edmund (Alm) Swanson and Richard Swanson, his daughter Joann M Swanson and his son, Steven G Swanson. He leaves his wife Nancy (Schuster) Swanson of 25 years and her family. He will be greatly missed by his sons, Gary D Swanson, Sr., of Montague, MA, and Michael D Swanson of Athol, MA, his sisters Ingrid Myllykangas of Westminster, MA, Arlene White, Christine Lorion and Betty Knowlton, of Templeton, MA, his brothers, Phil Swanson of Townsend, MA, and Jim Swanson of Skowhegan, ME. George also leaves many cousins, grandchildren, great-grandchildren, nieces, nephews, great-nieces and great-nephews and very many friends.

George graduated from Templeton High School in 1954 and soon after joined the Air Force. He served from 1955, including overseas duty in Madrid, Spain, where he met his first wife, Matilde (Tillie) Warner (Arroyo) currently of Montague, MA. He was an Air Traffic Controller reaching the rank of Airman First Class. He served for 8 years and was honorably discharged in 1962.

George worked most of his life as an auto mechanic and became the Service Manager for Bostley Motors Sales of Greenfield, MA. He then worked as a Diesel Mechanic for the B&M Railroad for many years stationed out of East Deerfield, Fitchburg, and Billerica, MA. He had a tuned ear and eyes for all types of automobiles and engines and was well known in the area for his expert troubleshooting skills.

He loved country music, learned guitar and banjo, and was well known for his billiard skills. George enjoyed sports, playing in local softball leagues for many years, especially enjoyed the family favorite Boston Red Sox and he also enjoyed working outside.

George retired to Bronson, FL, where he built a home in 1986. While in Florida, he continued to work on autos and also worked with a local children’s day care as a handy man.

The video above is a composition of several photos of George and his family through the years. The song is a remastered version of a recording made many years ago of his mother, Lydia, singing “What a day that will be”. (Note: click the HD button for higher resolution)

You can find recent images of George in this Post and more here. Here are some more..As more are sent, I will update this Gallery: 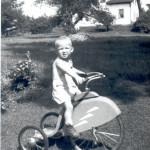 George as a young boy 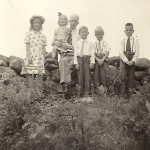 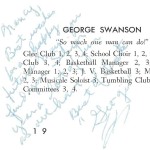 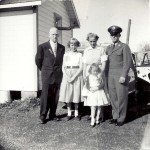 George at Loring Air Force Base 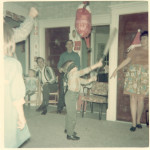 Christmas 1967 at Ed’s-Steve whacking pinata made by Carolyn 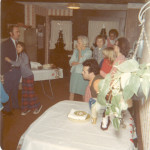 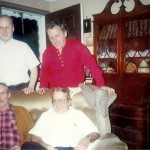 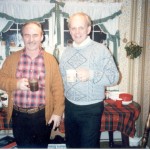 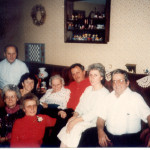 George with one of his early voice boxes 2004 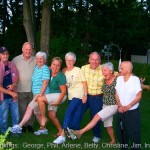 The siblings together again 091409

George was an 11 year cancer survivor. He fought a brave and valiant fight to the very end. The family thanks the CCC and Haven Hospice for their loving care. In lieu of flowers, please make donations in the name of George Everett Swanson to the American Cancer Society.

Burial is handled privately by the Cemetery staff. This is typical with a Vets Cemetery. A reception will take place directly afterwards, those arrangements to be announced at the Ceremony.

Memorial Service video is now below:

Please feel free to leave a comment below. (Remember to refresh this page to see latest updates and comments)

In his honor, another tune: 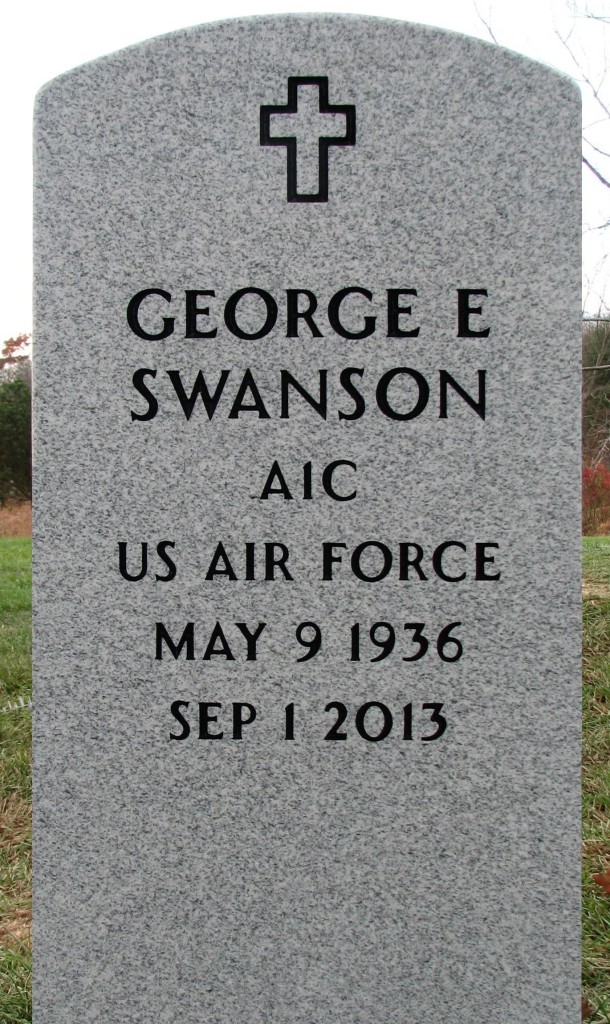